What IS a ‘Village In The City’? 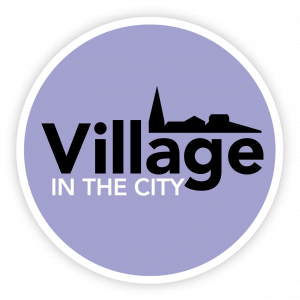 I am often asked the question ‘so, what IS a ”Village In The City’?  Village-Builder Randy Bretz from Nebraska has got his teeth into this question, and has produced this very helpful short definition which draws together elements which have emerged so far:

“A Village in the City is a micro-local community where YOU live. It could be a single block, several nearby streets, an area around a park or village built around a small shopping district in your city. The usefulness and resilience of these very local villages has become increasingly clear. These communities build trust, provide mutual support and friendship, and create more resilience both to tackle current challenges and improve our lives right now.”

I think that is an excellent encapsulation of what we are seeking to encourage, promote and support.  It doesn’t have to be big, or formal, or high-profile.

One of our village-builders was asking me about the difference between a cohesive group of neighbours and a Village In The City. I would say that the quality of ‘inclusiveness’ is important.  We’d prefer it if the cohesive group of neighbours was reaching out and attempting to include everyone in their area.  Of course, in the early stages there will be some who take a greater interest and role in getting things moving, and as time goes along there can be different initiatives, events and communications to get to others.

The first of these tools is our Village Building Handbook. It’s available now in version 1.1 for free download, and contains masses of ideas and strong strategies for starting to promote even more micro-local community where you are.

Shining a light on community in New Zealand post-COVID - the role of the public sector?

New Villages On The Map - in Scotland and Belgium