“45° Change”: What could happen when communities meet institiutions? 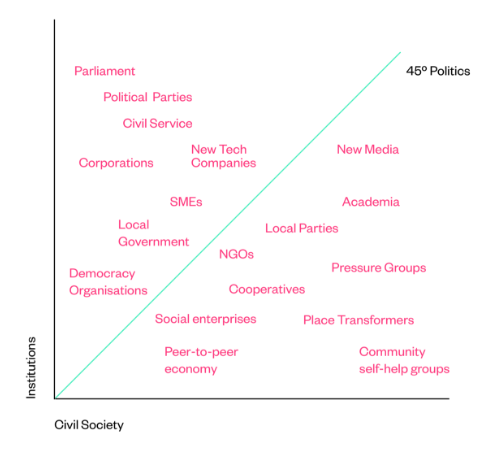 I had a very interesting talk yesterday with Colin Miller, an experienced and now retired community developer who leads the Deeper Democracy group. Colin wrote Rethinking Community Practice nearly a decade ago, and is still very interested and engaged in how change can happen in communities and in wider society.  Colin introduced me to the idea of ’45° Change’, first set out in 2017 in a pamphlet by Neal Lawson.

The idea is that change across society cannot be thought of in simple top-down OR bottom-up ways.  It’s not even both top-down AND bottom-up, because institutions and communities work in fundamentally different ways.  The difference is reflected in the ‘institutional triangles and community circles’ way of thinking which we’ve included in our Village Builder course over the past few weeks.  Institutions work with hierarchy to produce goods and services for users and consumers, while communities act in a much flatter horizontal mode of connection and mutual action.  So what happens when vertical institutions meet horizontal communities?  One possibility is that we get 45° Change.

Village In The City is about helping people to develop micro-local communities.  So we’re primarily interested in helping you to grow community organisation in your neighbourhood.  The question will arise, at some point, about how these community groups interact with local government and other institutions which have a role in what goes on locally.  What the 45° Change people led by Neal Lawson, Caroline Hartnell and others have recognised is that this is unlikely to be played out on either the top-down institutional model or the sideways community model, but will very likely have to see new ways to interrelating and working developing as both parties seek to find ways to go forwards in everyone’s interest.

Institutions are not very likely to be interested in giving away their power in the first instance, and so much of the way will have to be forged by enlightened voices on both sides.  Communities and other horizontally-oriented groupings have a leading role to play in developing new ways to work.

You can read a good short summary on the Rethinking Poverty webpage, and download the full pamphlet from Compass, a cross-party group for those who want to build a Good Society.

So – what ways have YOU found to connect with local government and institutions in your neighbourhood?  What’s working? What issues are you finding? 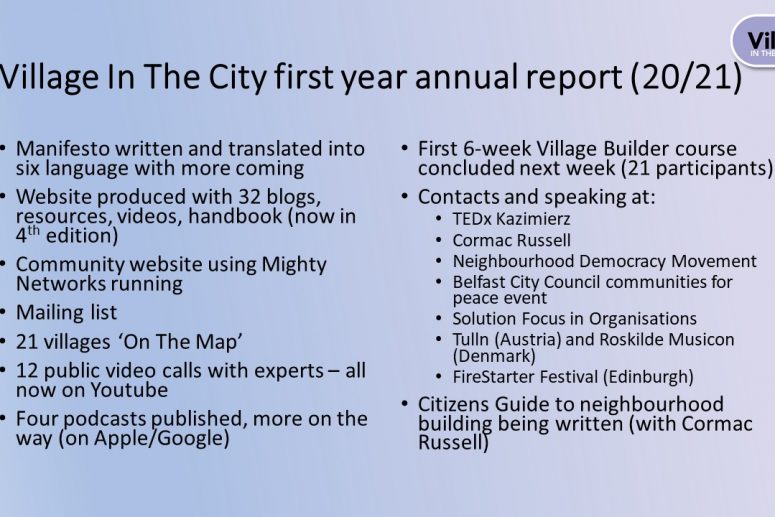 Village In The City... one year on 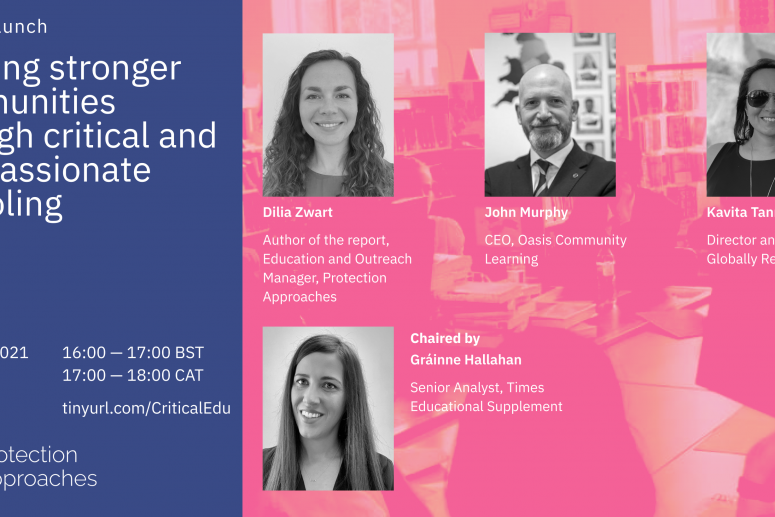